This blog post introduces the need for an orchestrator then chalks-up the differences at an operational level between these two platforms.

This is so epic. I cannot even explain how stoked I am about this. #dockercon #kubernetes pic.twitter.com/icuAQZfwva

What has orchestration done for you lately?

Even if you are not using Kubernetes or Swarm for your internal projects - it doesn't mean that you're not benefitting from their use. For instance ADP who provide iHCM and Payroll in the USA use Docker's EE product (which is based around Swarm) to run some of their key systems.

ADP's Jim Ford told me: there are 600 nodes running EE with 40% of those in the production datacenters.

If you are a regular GitHub user - then behind the scenes the Kubernetes code is keeping things running for you. Read more: Kubernetes at GitHub

Here are some of the features these platforms enable:

So if you are running an application in production then you need to look into whether orchestration can help.

Let's chalk-up some of the differences between the two platforms.

Other projects are available such as: Rancher Cattle, Mesosphere and cloud-based i.e. EC2 container service / Azure Container Service. They are beyond the scope of this post but have similar concepts. 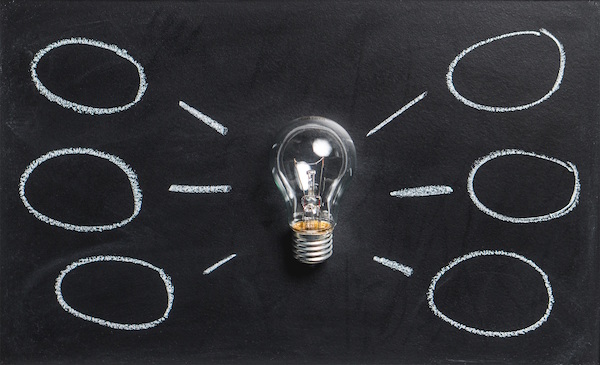 Docker Swarm is packaged in two products - Docker CE (free and open-source) and Docker EE (for enterprise and business). Docker Swarm comes built into every Docker installation since Docker 1.12 and forms part of the main binary.

Did you know there was a pre-runner to Docker Swarm which was also called Swarm? Before Docker's 1.12 release there was an earlier project called Swarm that existed as a separate set of binaries using Docker's remote API.

Although many projects and components make up Docker's Linux distribution it comes in just a few binaries: the client, the daemon and containerd. Internally it makes use of runc for spinning up containers and the SwarmKit project provides orchestration. The binaries are so small they can even run on a Raspberry Pi with 512mb of RAM.

Kubernetes takes a different approach to system-building. It has a UNIX flavour in that it is separated out into a dozen separate projects which combine to become a distribution. An example would be the kubelet (runs containers), kubectl client CLI and apiserver which runs on hosts to provide access to the API.

See a diagram by Julia Evans on the internals of Kubernetes

Kubernetes needs at least 1GB of RAM so it doesn't run on lower-end IoT hardware and the binaries are particularly large. I asked Docker's Justin Cormack who said Docker is around 150MB and Kubernetes comes in at around 1.5GB. Kubernetes is part of the Cloud Native Computing Foundation or (CNCF) - a foundation set up to help organisations navigate open-source and container-based software.

Docker Swarm is a smaller distribution, included in Docker CE by default and has fewer moving parts. Kubernetes needs more resources, but can be composed of everything or just what parts of the system you need for a solution.

For Docker the basic primitive was always a container, but with Docker Swarm we have the service which is a declarative configuration. The service says what state we need to be created by the cluster - then the cluster will try to make that happen. When a service creates a container it is called a task.

Groups of services are commonly placed on a custom overlay network and this can be made easier through the use of "Docker stacks" - the replacement for Docker Compose.

In Kubernetes we also have declarative configuration which can be specified on the command-line, or via a YAML file. The YAML format is more complex, but also more versatile - fortunately there are lots of examples in the documentation.

The basic unit of computation is the pod which is one or more related containers running on the same host, on the same network with access to each other - they may even share volumes. The pod concept can be very powerful when some initialisation code needs to run before a container can start.

Pods gain high-availability through deployments - this is similar to the Docker Service and has surpassed an older Kubernetes type called the ReplicationController. (Not to be confused with the lower-level "ReplicaSet" used as part of a "Deployment")

Whether using a Deployment in Kubernetes or a Service in Docker Swarm - when your container crashes, becomes unhealthy or the node it's running on goes offline - they will do the right thing to restore equilibrium.

Docker Swarm's CLI is shared with Docker. There are two new namespaces important for Swarm:

Docker also provides products which target different clouds such as Docker for AWS / Docker for Azure. See the store for more information.

Commands can only be run directly on master nodes or if remote access over TLS has been set up on the master. The CLI is generally distributed with the whole Docker CE/EE package.

The Kubernetes CLI is called kubectl and is available via apt on Debian-based systems or through GitHub. Unlike with swarm - kubectl is only used for managing deployments and cluster configuration - it is not used to create a cluster.

To create a cluster - use a third-party tool like:

Kubernetes is composed of many individual parts and you can do this manually or "the "hard way" using Kelsey Hightower's infamous instructions.

Fetch the running containers (presented by the API Object Pods)

Get all objects deployed

Nginx is a popular webserver and reverse-proxy:

Launch Nginx as a service on Docker Swarm:

Port 80 is automatically exposed on every node in the cluster through the service mesh.

This creates a deployment and schedules a Pod on one of the nodes in the network. It's not yet exposed outside the cluster.

You now have to pick between a LoadBalancer (only available on a cloud host), an IngressController (needs Nginx or Traefik installing separately) or a NodePort.

Here's how to use a NodePort:

You can now access the deployment by finding its corresponding port on the Node.

Docker Swarm's networking model uses "overlay networks" by default which is a kind of Software Defined Network (SDN). Recent changes mean that the data plane and control plane can run over separate interfaces. New options are emerging for Docker Swarm including host networking and a Virtual-Machine (VM) specific networking option called "macvlan". Additional networking drivers can be provided by vendors.

Networking is "batteries not included" with Kubernetes - you need to make an educated decision on which third-party software to load into your cluster to provide networking. With Kelsey's guide you can learn how to use host networking, but most people will use a Software Defined Network (SDN) such as: Weave Net, CoreOS Flannel or Nuage.

If you're starting to learn Kubernetes or running it for development just pick Weave or Flannel. For production usage you will need to do your homework and look into whether you need to pay for "support" too.

Docker Swarm's API is made available through the moby/moby project and can be used to automate container orchestration. You also have everything available that the Docker CLI can do - which means building images too. Once vendored your builds time doesn't increase significantly.

The Kubernetes project ships a Golang client on GitHub. It has been evolving for longer than Swarm's which means you have to content with a complex set of namespaces and API objects and a much larger code catalog. With more power comes more of a learning curve. On an Intel i5 building the basic Golang example can take 1.5-2 minutes.

I've been able to use both APIs in the OpenFaaS project and for some side projects. They both work well, but be sure to "vendor" the dependencies before you start work.

I suspect a small percentage of Docker/Kubernetes users need to scale to huge numbers, but scaling up is a selling-point of an orchestration and clustering system.

I was unable to find any claims published on the maximum supported scale for Docker Swarm or EE. There were two community projects by Chanwit Kaewkasi that looked into this - Swarm2k and Swarm3k and they are relevant if you're looking for massive scale.

The maximum/supported scale for Kubernetes is covered here and lists support in v1.8 for a 5000-node cluster. Note you can run more than one cluster separately if you have larger systems.

At the Open Source Summit in LA I spoke to a developer from TicketMaster who wanted to migrate his team's .NET applications to Kubernetes, but felt the support (while functional) involved too many manual steps to get working. I've got first-hand experience of moving traditional apps over to Windows Containers with .NET 4.5 and IIS - the experience is relatively straight-forward with Docker and works well in Docker Swarm too. Docker EE is also offered for Windows Containers.

With Docker Swarm a multi-OS cluster is only ever a few command-line entries away as I explain in this use-case: Serverless functions on Windows and Linux made easy.

You can find out more in my Windows and .NET blog series.

Many of us have heard statements like "Innovate or die: containers to the rescue" by ADP's Chief Strategic Architect - Jim Ford.

The then-CTO Keith Fulton of ADP keynoted at Dockercon 2016 and said "Every company is a tech company right now - this is a race and there is no finish line."

Cloud-native, container technology is important for staying relevant and being able to compete in this never-ending race. You may be wondering where to start and which orchestrator to pick?

My advice is: learn both.

Docker Swarm and Kubernetes both differ in many ways but have enough similarities that you can transfer across your learnings and make a decision about what is right for your team or project.

There may also be practical reasons to pick one or the other which won't be apparent until you start moving forward and getting your hands dirty.

This needn't be a heavy investment - I have a set of Docker and Kubernetes blog posts designed to take around 10-20 minutes each and they're hands-on, so you are right where you need to be.

For Docker Swarm follow my 19-part series dating back to June 2016:

If you'd like to learn about Serverless you can run anywhere, then read my introduction to Functions as a Service with OpenFaaS