This was the second JeffConf event held in Milan, Italy. I travelled out with my wife who was attending her first tech conference. While in Milan we had a chance to meet up with one of the core project contributors John Mccabe.

Paul Johnston the co-founder of JeffConf opened the conference with a explanation of the name Jeff:

The name was actually a bit of a joke, we didn't intend for it to go this far, but the name Jeff it meant to mean Serverless. We may change it, what do you think?

Paul also gave his personal definition of Serverless shaped by 10 years of AWS and Lambda usage:

We were invited to a speakers' dinner the night before where it became clear that most of the other speakers had not used Docker outside of AWS EC2 or ECS. The primary experience of Serverless was through the lens of AWS Lambda. During the day we had talks primarily from cloud vendors around AWS Lambda, Google Cloud Functions and Azure Functions.

The talks and demos were very cool - most of them were presented in Italian which made it harder for us to follow as English speakers. The demos were very good though and it's great to see that Serverless has global movement.

I can't wait to see something OPEN like #openfaas after so many vendors solutions : )

Here are a few Tweets shared about OpenFaaS:

I adapted the presentation to focus on demos and fundamentals rather than digging deeper into topics like asynchronous functions and third-party back-ends.

The extended slides have additional links to demos and samples.

As the event was running a little late there wasn't time to show the final demo - you can take part in the bonus demo for a limited time. 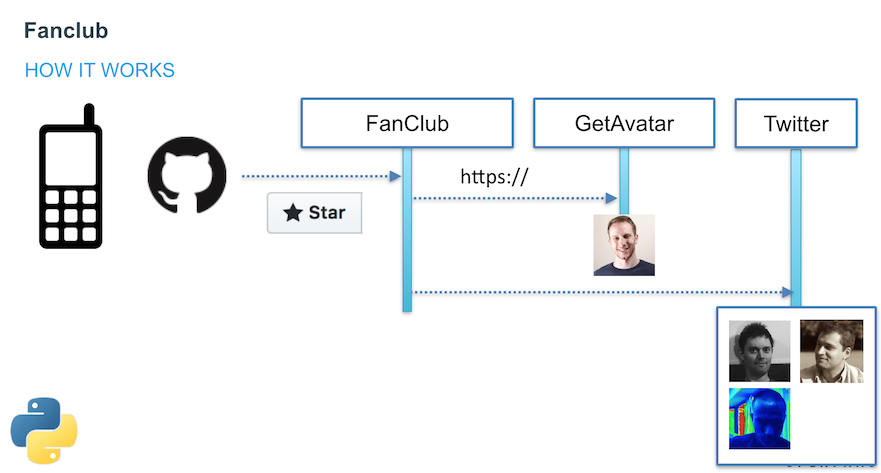 Xel is a star-gazer for OpenFaaS pic.twitter.com/NkgtRofpBc

So Give it a shot!

How the Demo works

So how is OpenFaaS different from a cloud function?

Find out more and get started below:

It was great to be part of JeffConf and we're still hearing the afternoon talks, so keep a look out for Tweets on #jeffconf

Here are a few ways to get started:

What you need to know: Kubernetes and Swarm

ImageMagick is an age-old tool (27 years old today!) for Linux which is used for image manipulation and generation.…