Did you know that you can use your Raspberry Pi to get eyes in the sky? By tuning into radio signals emitted from planes up to 250 miles away from your location you can track flights and it only takes a few minutes and a cheap USB TV stick to get started. 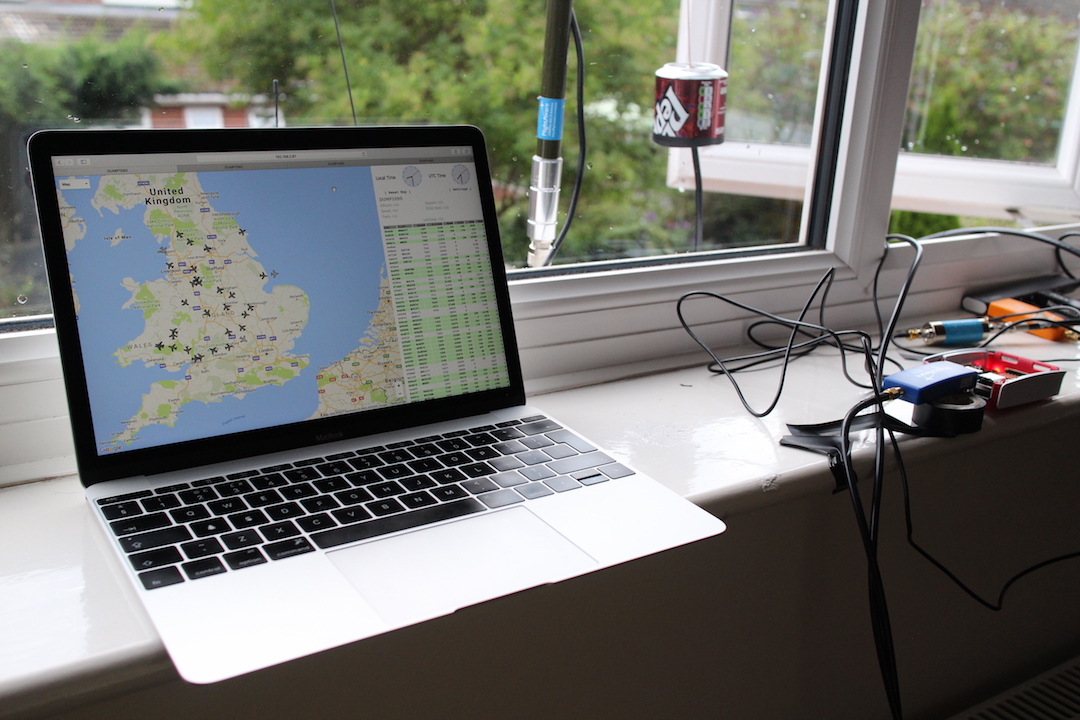 This guide will give you a brief introduction into flight tracking - looking at the software, hardware and most importantly the terminology and jargon you need to know. I'll also show you how Docker and containers make a great combination for managing your software in IoT projects.

Sites like FlightAware.com have been able to track 10s of thousands of aircraft by crowd-sourcing the task out to people all over the world equipped with their $35 Raspberry Pis and cheap USB TV tuners.

You can keep the signals you pick up to yourself or contribute them to a real-time tracking site like FlightAware.com, FlightRadar24 and PlaneFinder.net - in return you get detailed metrics - RADAR readouts and other rewards. 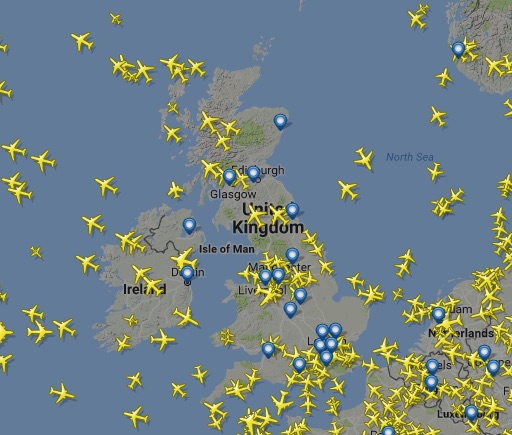 Most of all - it's a fun project to try with your Pi and it offers instant gratification. The best part is that it doesn't have to cost you much at all.

Note: For the best results please buy one of the branded DVB-T sticks (these are not affiliate links).

Most DVB-T tuners come with antennas that are designed to pick up terrestrial TV rather than ADS-B signals which resonate at 1090 MHz. You should still be able to see some flights though because the primary factors determining range are height and line of sight to the sky.

ModMyPi also provide a Raspberry Pi 3 kit with everything you need to get started.

We will repurpose a USB TV tuner to pick up ADS-B broadcasts from aircraft within range. Let's start with some definitions and explanations of flight tracking jargon.

Modern aircraft have automatic transponders on board which gather info from navigational instruments and broadcast it to the surrounding area using ADS-B. It's not encrypted so anyone can pick it up whether you're a flight controller, another plane or even a Raspberry Pi owner.

Automatic dependent surveillance – broadcast (ADS–B) is a surveillance technology in which an aircraft determines its position via satellite navigation and periodically broadcasts it, enabling it to be tracked -- Wikipedia

The TV tuner we need is called a DVB-T and stands for - Digital Video Broadcasting — Terrestrial. You can also use these devices for tuning into your favourite TV shows. Not all DVB-T devices are able to be repurposed - so make sure you pick one of the recommended devices or do some research before purchase.

SMA (SubMiniature version A) connectors are smaller than coaxial ones and normally come on premium or purpose-built DVB-Ts. If you bought a cheap DVB-T it will probably have a smaller connector - a "Pigtail" can be bought on eBay or from an electronics store to convert between any of the major antenna connectors - coaxial, SMA or RF.

A core component of decoding ADS-B signals is the 1090 software component - 1090 refers to the frequency we're dealing with and dump is the job it performs - decoding and dumping out raw data.

The dump1090 application is an open-source project which has been forked several times by different people who have each added their own tweaks and enhancements. It can be confusing trying to pick the right fork to build and test.

This is the history I could work out from GitHub:

We will use Docker to build the code, but you can just as easily run the commands separately in a terminal. Some pros of using Docker containers:

Most versions of dump1090 also include a web interface that lets you view the aircraft within range in real-time.

FlightAware is one of several websites that will aggregate data picked up from your dump1090 program. You can pick up detailed statistics on which flights you have helped track and what your range is like via a virtual RADAR visualization.

Here are the results from my account on the FlightAware page using their dedicated antenna and noise reducing DVB-T. 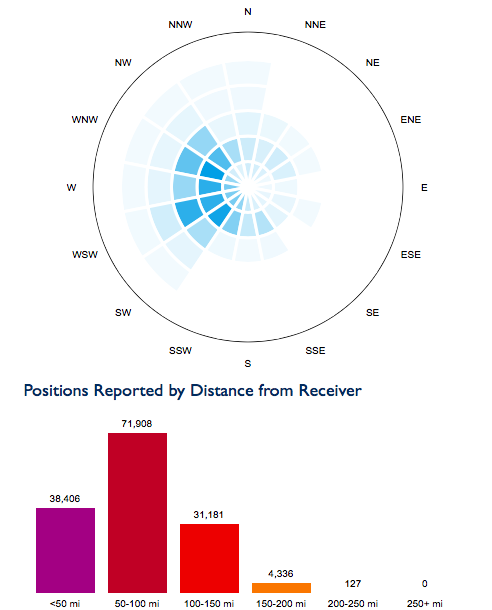 You can view my profile (alexellisuk) here for an example of more of the statistics available.

MLAT stands for Multilateration - a technique where multiple ground-stations (such as our Raspberry Pi) can be used to track aircraft which are not transmitting ADS-B data. You can read more here.

It relies on very tight timing tolerances - it should work out of the box and then allow you to track many more flights than you would see with ADS-B alone.

We'll use a Docker image so that we can get a repeatable build of the various components we need and keep any additional binaries outside of the host's filesystem.

In order for the dump1090 software to access the USB TV stick we have to create a blacklist entry for its kernel module.

Add this line to /etc/modprobe.d/blacklist.conf: 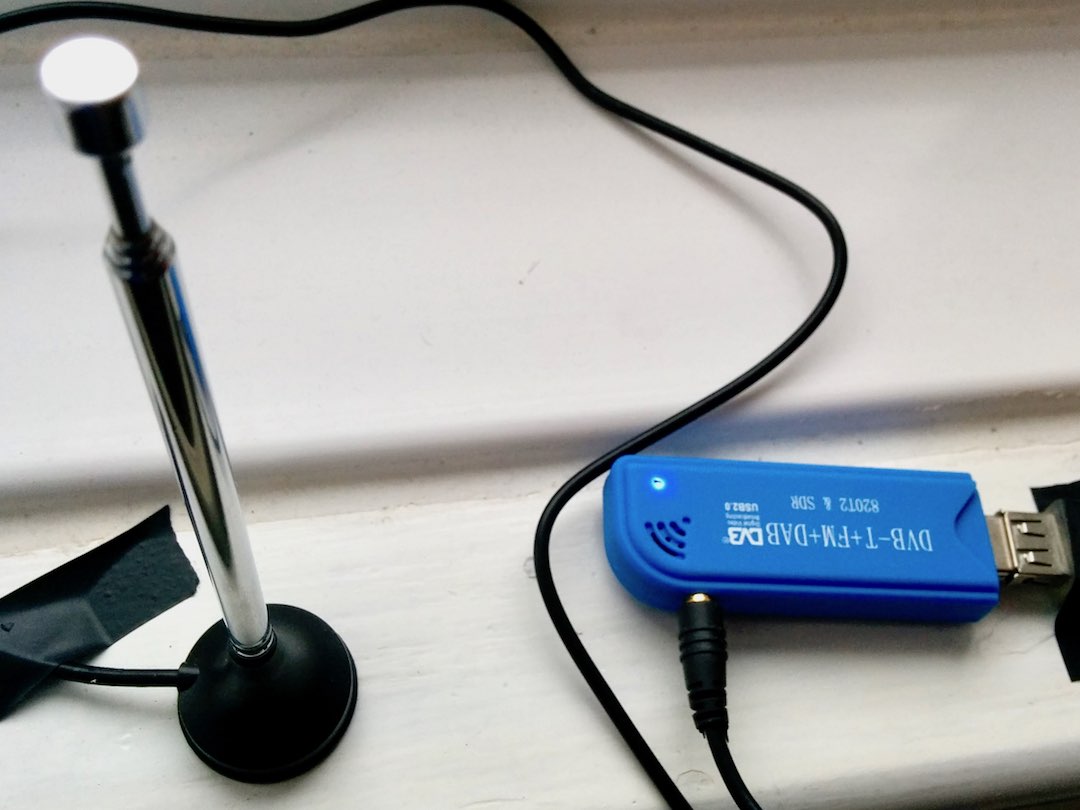 Pictured: testing Pimoroni's DVB-T - connected to a Pi Zero and left at a relative's house.

If you want to enter your own position (latitude and longitude) then edit the last line of Dockerfile.malcolmrobb which starts with CMD. You can find your position using Google Maps.

With Docker you can share your pre-built images with anyone by using the docker push command. This uploads them to the Docker Hub. To pull my dump1090 without building the code from scratch type in:

You're now ready to test out the image.

The docker run command is responsible for starting our code. You can use docker rm -f 1090 to stop the code later on or if you reboot the Pi just type in docker restart 1090.

To find out your IP address type in ifconfig.

Now you can log into your Pi at any point and find out what flights are in your area and how good your range is in the chosen location.

If you don't want to run the container with privileges then you can identify the USB device ID and then swap --privileged for --device=/dev/bus/usb/001/004 for instance.

You should swap the last number i.e. 004 - you can find the correct number by typing in lsusb.

There are several flight-tracking websites available, but I started out with trying FlightAware. Their software connects to your dump1090 code and streams your data to their online servers where you can collate statistics and compare your range and statistics with others through leaderboards.

You can install FlightAware's .deb file directly on your Pi, but I've created a Dockerfile. This has two advantages - we can run two or more copies of the software and switch between versions without re-flashing our Pi.

(Use the Pi's IP address)

(Use the details you entered online)

FlightAware has a smart feature to track your Raspberry Pi by MAC address - fortunately Docker allows us to spoof the MAC address so we can run multiple copies of the software. If you do this just change the MAC so it's unique for each copy of the software.

Let's now run the image and watch the logs:

View the logs and hit Control + C at any time:

Your Pi will appear on the website in a few minutes.

Yes - for a limited amount of time. The same battery pack that I can use to run a timelapse for 3 days was flat in less than 3 hours while tracking flights.

Solar power is probably not the right answer - you cannot reliably run a Raspberry Pi directly from a solar panel. You would need sophisticated equipment including a charging controller, adequately sized solar panels and batteries which can store enough charge for several days.

You may be better off running the Pi over Power over Ethernet and a waterproof housing. Here's a parts-list found online.

You can find a complete SD Card image from FlightAware, but if you build a system from modular components you can easily take advantage of any other software designed to work with dump1090.

Keep an eye out for a follow-up blog post looking at the results I was able to achieve with various antenna and tuners. 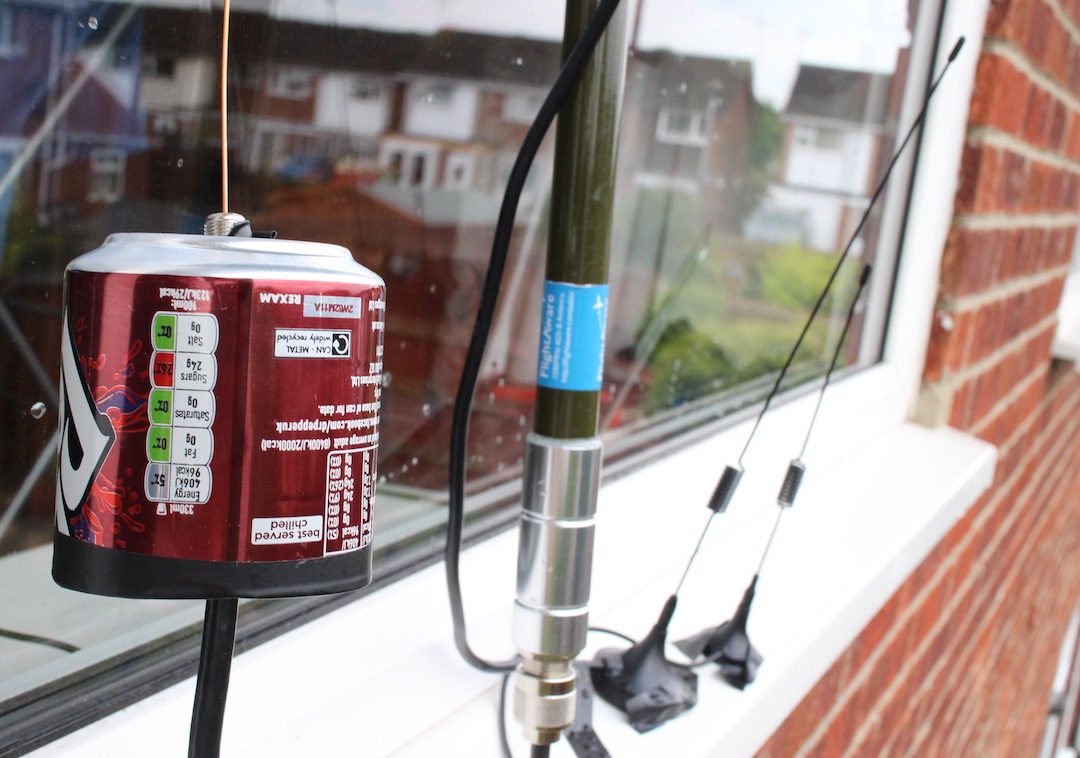 You may also like these blogs and guides for cool projects with the Raspberry Pi and Docker.

Learn Kubernetes behind a corporate proxy

This post is a quick guide to running minikube which installs a single-node Kubernetes cluster on a Mac. In…