The inevitable has happened - the Raspberry PiZero has had not one revision, but two! I present you with the ZeroW, the next iteration of the 5USD micro-computer camera adapter, WiFi and Bluetooth all on-board.

Here is a picture of the new board seated in its new Official case with camera cable. 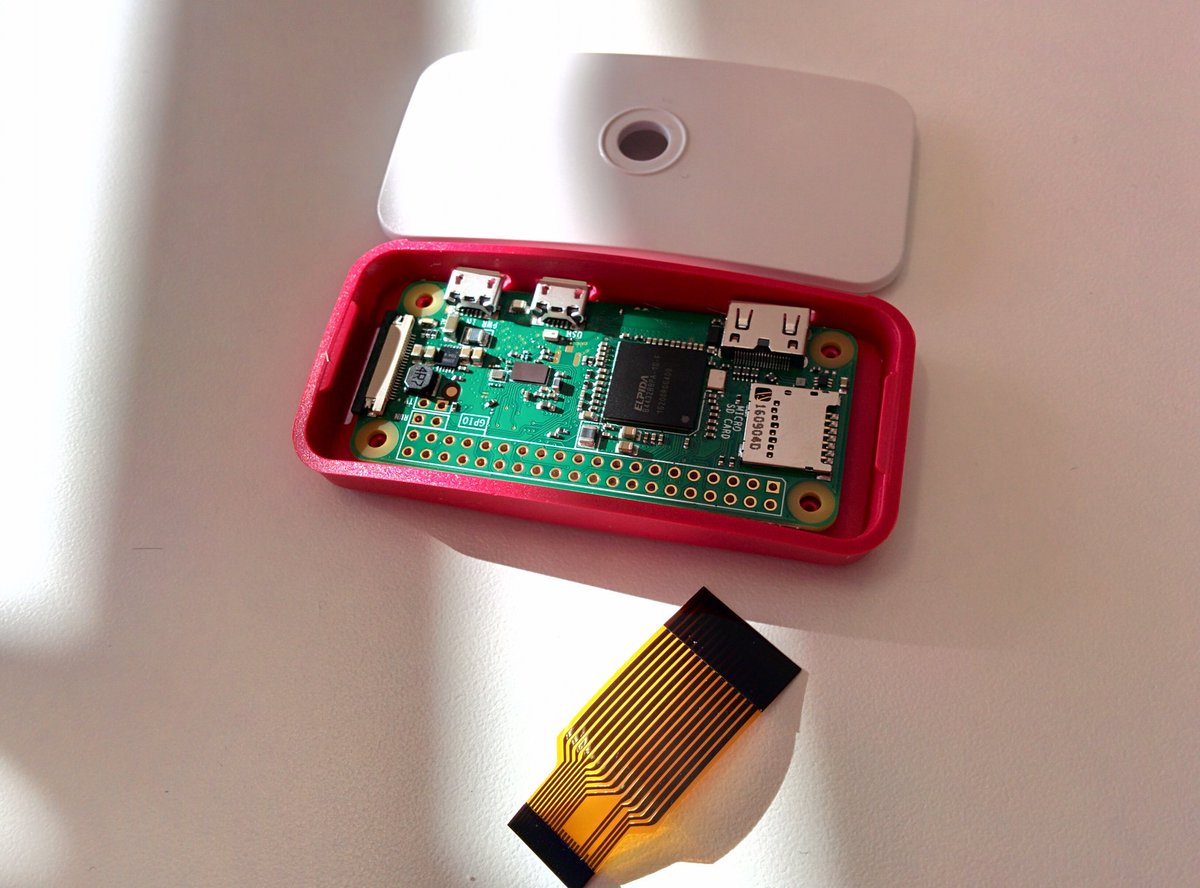 The price has increased from 5USD to 10USD, although most of us know this is not the landed price because tax and shipping bumps this up, it's still fantastic value. As you'll see in the following section - the new Official case and built-in WiFi eliminates mess and the need for dongles.

Here is the Zero seated in its brand-new official case with a new camera shim. You have three lids for the case each following the original design of the Pi 2/3 case.

Here's a photo taken with the Pi Zero inside its case while stuck to the side of my monitor.

The camera and zero friction fit themselves into the case without the need for screws. 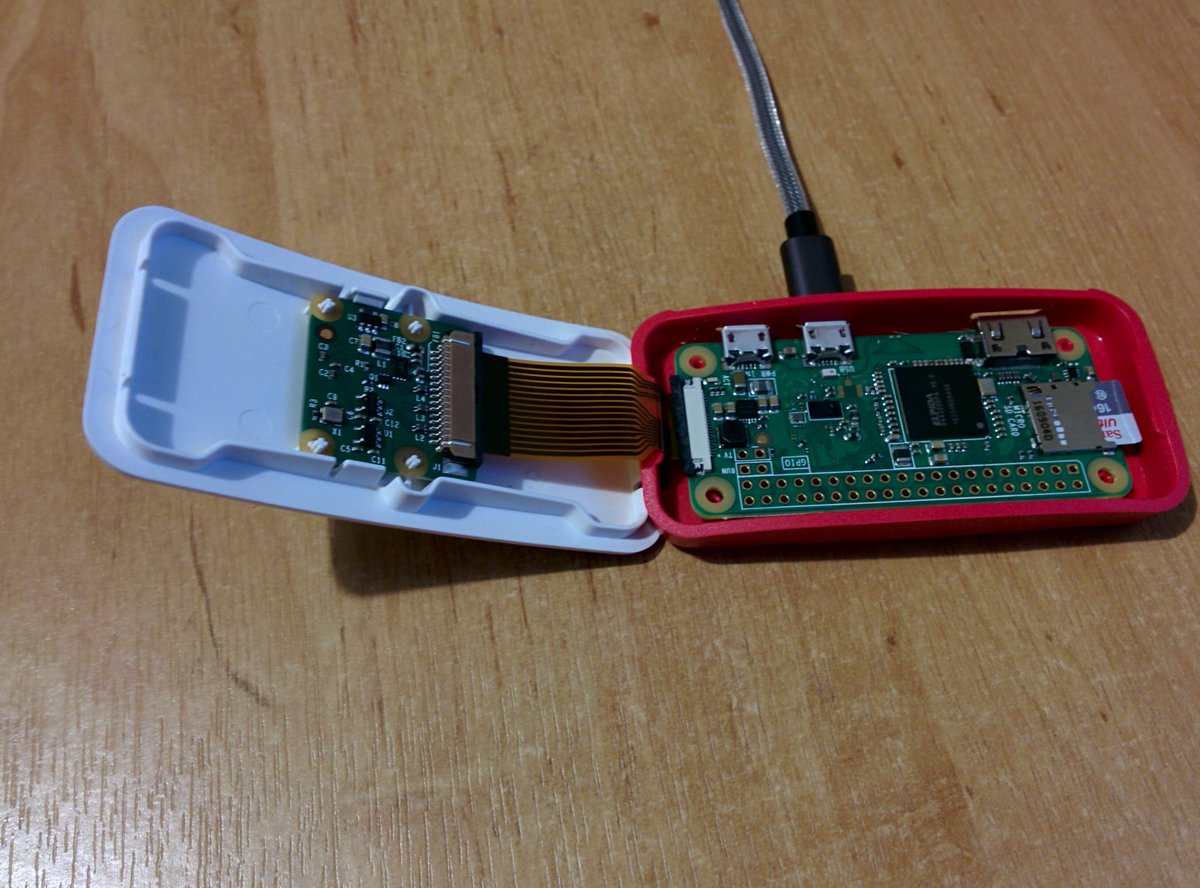 The lid fits snugly and keeps everything from moving around. 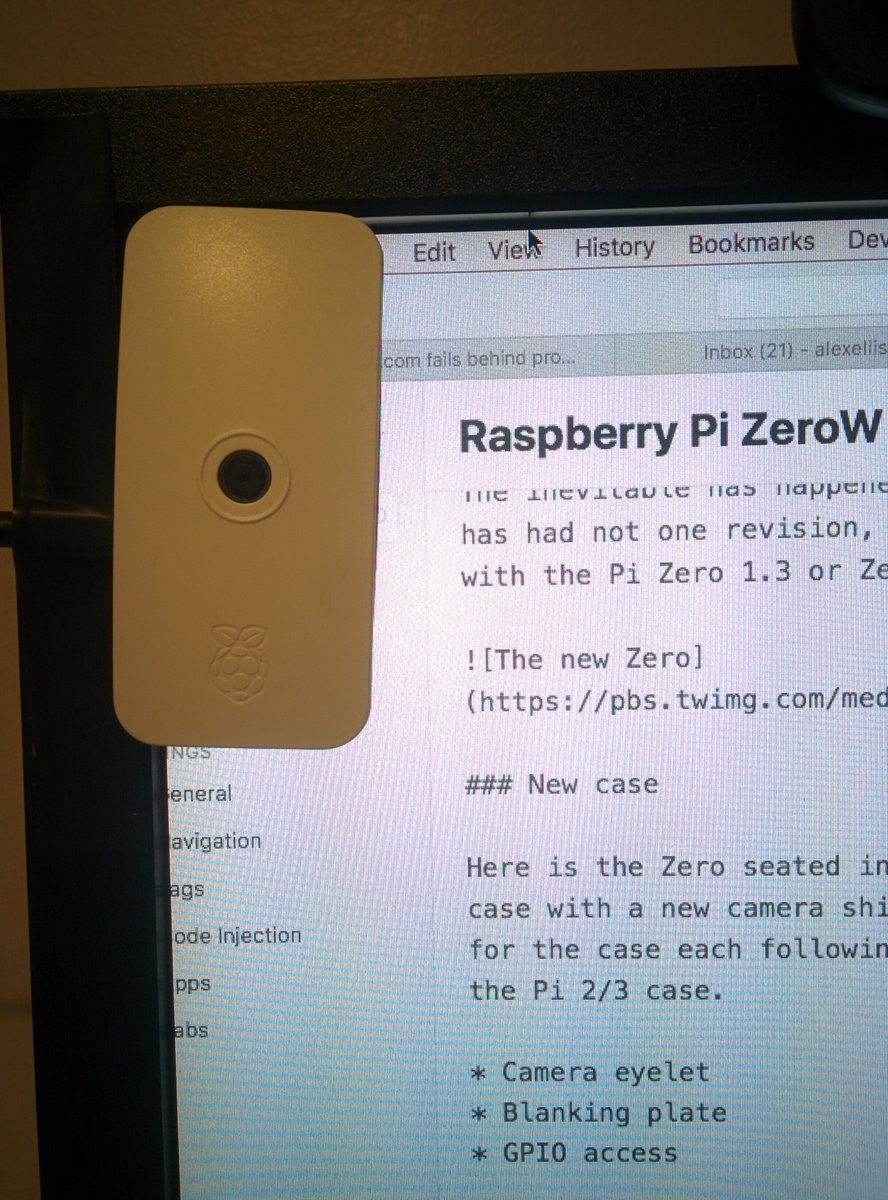 This case is the missing link between a PiZero with camera connection and a usable time-lapse rig. This is what the old version looked like: 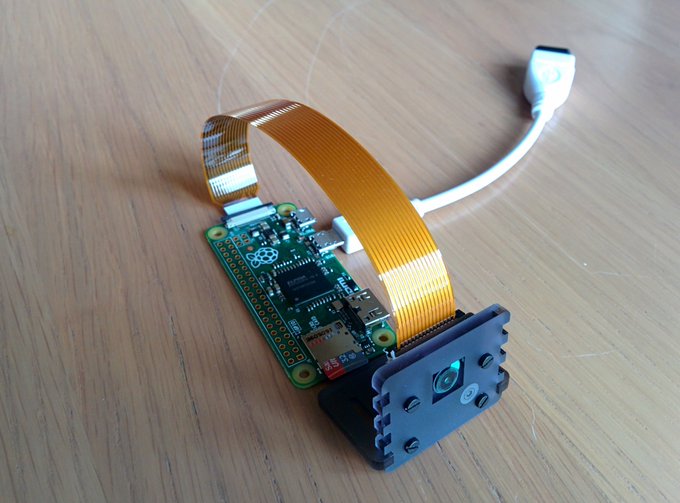 The main change here is the addition of a tiny reflective chip providing WiFi and Bluetooth. 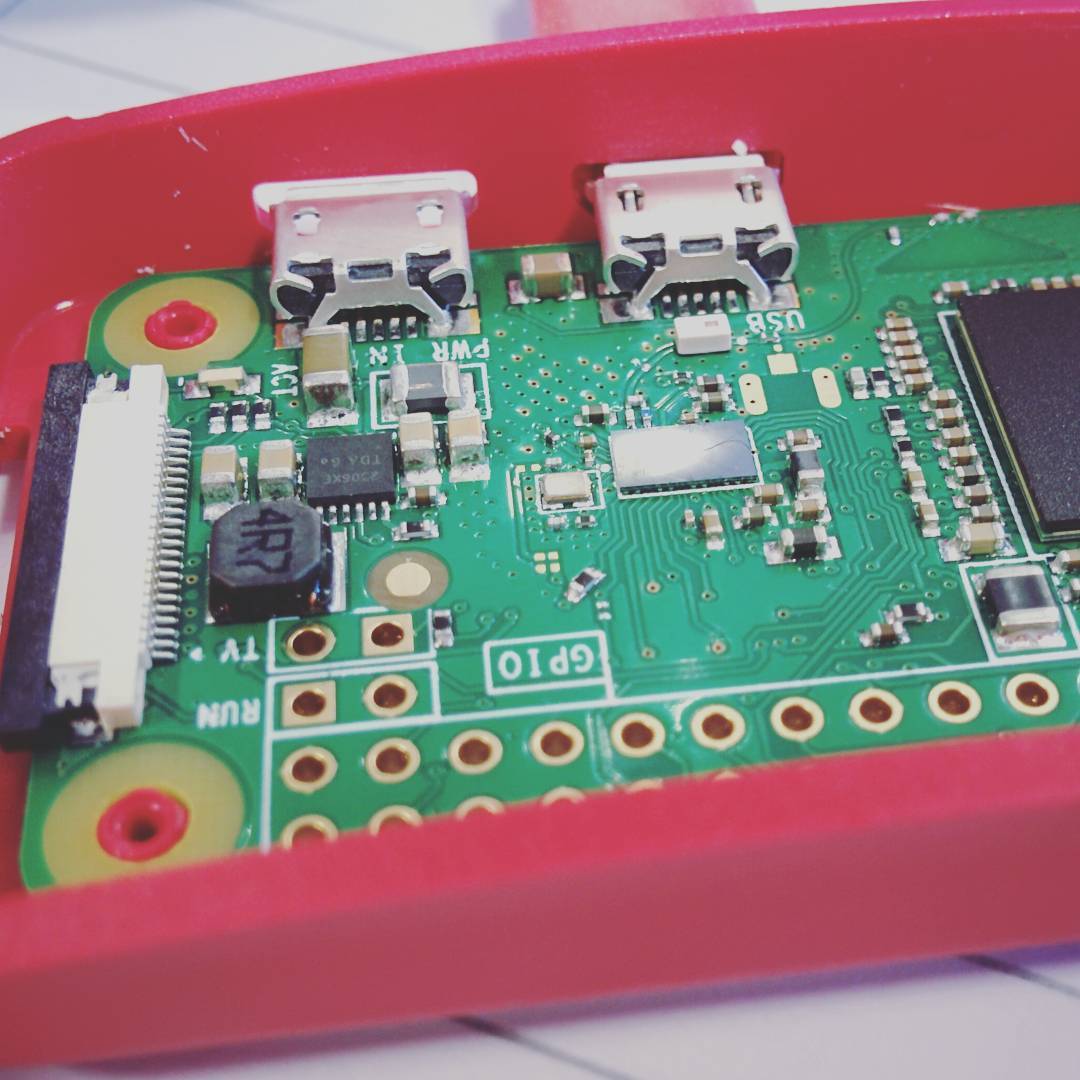 This means no more dongles or USB shims. You no longer have to choose between Bluetooth or WiFi for your robot which is a huge plus.

OTG networking still works and is easy to setup, if you've not tried it yet you can use a single cable for network and power.

Set-up WiFi without a UI

WiFi is easy to setup with the wpa_passphrase tool that is built-in.

Then reboot the Pi then type in ifconfig wlan0 to see the IP address it was allocated by your router.

In order to support the new software changes Pixel and Jessie Lite both have been updated. The easiest option is to flash a new SD card with Etcher.io

You could try updating an existing Raspbian Jessie Lite card with:

You may want to run raspi-config to tweak your system settings and turn on the camera or increase the memory split between GPU and RAM.

The Bluetooth tool-chain is pre-installed, so if you type in hciconfig you should see the details of the Bluetooth adapter.

Here's some black-belt level output from various system commands. Then we sum up with some next steps and talk about clusters.

Did you know that you can find the temperature in milli-degrees through the filesystem like this? The Pi appears to be running at about 40c with the case shut and the camera module attached.

Yes the ZeroW means we can now build PiZero clusters and Docker Swarms without having extra dongles or clutter. There is still a limit of one PiZeroW per customer, but you will find there are several online stores that stock them.

If you're not sure what to run on your RPi swarm then star or fork these two projects on Github:

Stay tuned for my ZeroW Docker Swarm which will look a little like this..

If anyone wants to help me with this project, I'd gladly take donations of ZeroW units. Installing Docker is as simple as typing in curl -sSL get.docker.com | sh then follow one of my tutorials below to get started.

Here's my Docker Swarm video as featured on HiveMind and RaspberryPi.org's blog:

Head over to the Raspberry Pi Foundation's blog post and find a store near you.

Get inspired for your next cool hack or weekend project with these tutorials suited for the Pi Zero and Docker.

I share my first impressions as I kick the tires of the new @Raspberry_Pi #PiZeroW and its slick official case. https://t.co/zutcFIZTU7 pic.twitter.com/TUkTrrGyvZ

Build a Timelapse Rig with your Raspberry Pi

I spent a long weekend in the Peak District in the UK - a breathtaking National Park. I knew…

Join me in this post for a Dockercon tip about Raspberry Pi and physical hardware. Get ideas for building…