Have you met the Docker Captains yet? There's over 67 of us right now and we're spread all over the world. Learn how to follow all the Captains in one shot by using a Docker container, but first a bit more about us. 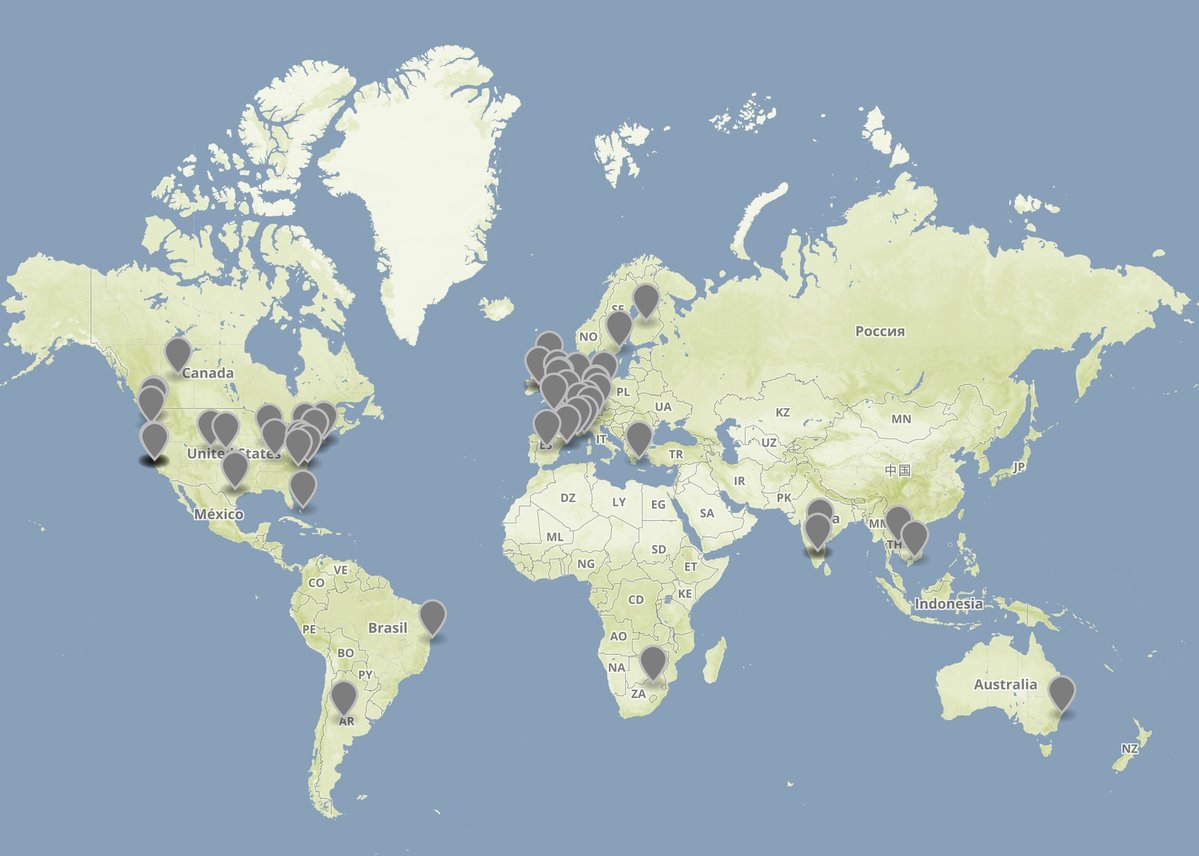 Here's what Docker is saying about us:

Captains are Docker ambassadors (not Docker employees) and their genuine love of all things Docker has a huge impact on the community. That can be blogging, writing books, speaking, running workshops, creating tutorials and classes, offering support in forums, or organizing and contributing to local events.

Technology is what we do and we love engaging with the community - whatever your level of knowledge or experience. Reach out to us with your challenges, questions, speaking requests and more.

So read-on to find out how you can follow all the Captains without having to navigate through over 67 web pages.

As Docker's Mano Marks said: "this has got to be the most Docker way to do it"

If you are a coder or just curious we've provided the source-code for the Docker images we are using.

If you want to star or fork the code it's available on Github: alexellis/captains-list. The image is automatically built and uploaded by the Docker Cloud, check out the image here: Docker Hub build.

This is the cool bit. We can use bash pipes in the true UNIX fashion to take the list of captains from the first image and pipe it into the second image. The net effect is that we get to follow each one of the captains without touching a web-browser.

This step gets a bit more involved and involves creating a Twitter API key. If you're quite technical then you may have done this before.

If you want to follow everyone, but don't them to appear in your own feed then set appear_in_my_feed to False.

We're going to warm things up by pulling the Docker images ahead of time don't skip this.

Now wait and watch as each Captain is followed from your Twitter account. You'll also get a message about which Captains are not following you back yet.

Star or fork the source-code on Github now: alexellis/bulk-twitter-follow.

Let us know if you run into any problems in the comments section below. We look forward to hearing from you soon!

Want to extend it?

If you like the way we have used UNIX pipes to do something cool with the captains list, why not come up with your own twist and send us a Tweet so we can check it out? One idea may be to create a structured JSON file or geo-coded map.

I've been putting Docker to work on the Raspberry Pi since I first heard about it in mid-2015. Two…

Get Started with Docker on Raspberry Pi

I have put this guide together to help you get started with Docker 1.12 (or newer) on your…