In this guide we'll get started with Docker on 64-bit ARM, build 64-bit images, benchmark the code and upgrade to the latest version of Docker. 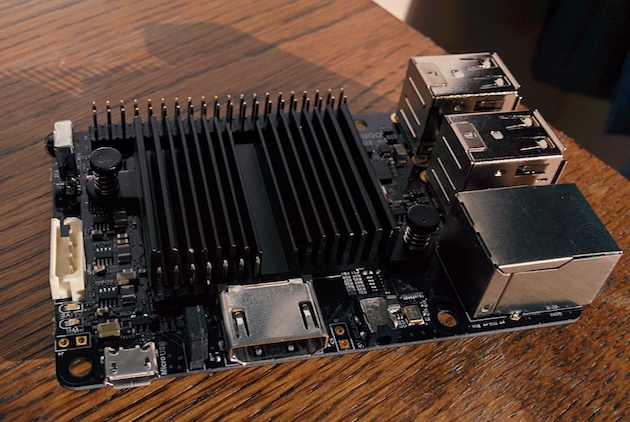 Late to the party, here's my Odroid C2.

Raspbian is a port of Debian for the armhf architecture and the default operating system for the Raspberry Pi.

Several boards have recently become available which have an ARMv8 or 64-bit architecture. A couple of these are the Pine64 (around 15 USD) and the Odroid-C2 (43 GBP). These boards both have Ubuntu images available so I decided to find out how easy it was to setup Docker and build some test images.

If you have either of these two boards here's a deep link to the image download pages for Ubuntu 16.04:

Once you have flashed the Ubuntu 16.04 image to your Pine64 or Odroid-C2 log in over ssh and type in:

So it seems that the Ubuntu ports repository already contains Docker 1.12.1 (quite a recent version of Docker) - this is a really nice surprise and in most cases this is all you will need to start building and testing images.

Word of caution: the README.md file on the Docker Hub mentions an invalid tag. Right now there isn't even a aarch64/alpine:latest tag, so make sure you are using the edge tag.

Nice, it appears to work really well and the container started quickly too.

Here's a picture of my Pine64 board kindly donated by Uli Middelberg (a follower on Twitter). 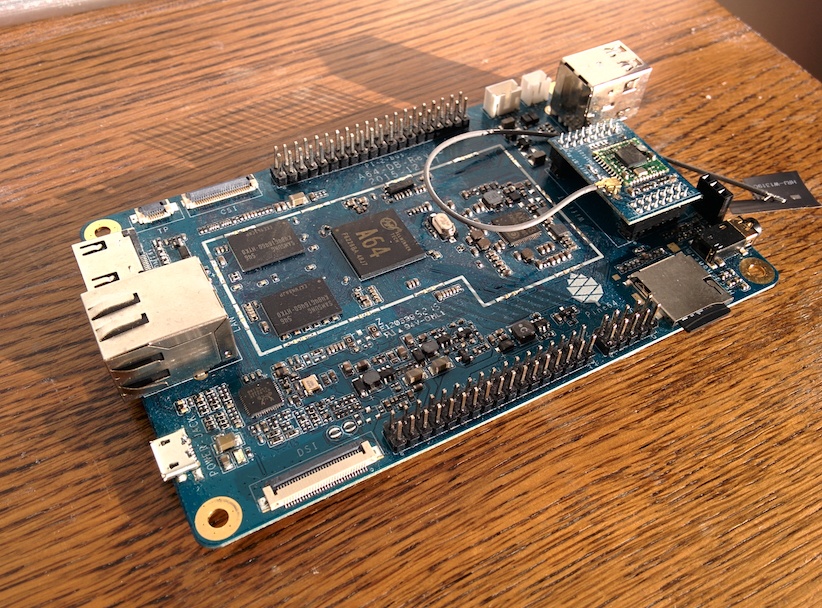 Docker Compose has become such a vital tool for defining and linking services that it is likely to become integrated into the docker CLI going forward.

When using this installation method (apt-get) you do not get docker-compose bundled in with the engine. So let's install python-pip and pull down the latest version.

Here's a sample hit-counter built out with Node.js and redis.

Use docker-compose ps to find the port where the micro-service is running and then try accessing it with curl.

I am using -4 to force ipv4 - some Ubuntu/Debian distributions try to use ipv6 by default due to a new entry in /etc/hosts.

Why don't you install apache bench and see how many requests per second you can get out of the application?

If you have multiple cores then you can scale the application upwards and measure the increase in throughput. For a simple guide to Docker services check out my Swarm Mode series.

Packet.net provides a 96-core ARMv8 board costing $0.5/hour. These specifications are nothing like the hubmle (but versatile) Raspberry Pi. It even has 128GB of ECC RAM and a huge SSD - it was definitely designed for production workloads.

Why not try spend a few cents trying out Docker on some impressive hardware? I have no affiliation to Packet.net - just admiration for this hardware.

Docker 1.12.3 is the reference build of 1.12 so we should upgrade as soon as possible to get all the fixes around Swarm Mode and overlay networking.

Now if you were on a Raspberry Pi (32-bit ARM) you could upgrade to the latest stable release by typing in:

I tried this out on all three platforms but was met with a bunch of errors. I pinged some folks on the Docker Community Slack channel in #arm and was assured that some fixes are on the way to support this.

The easiest way to get up to date is to rebuild from Github. Normally we would build with make deb and install the resulting Debian package - it turns out that this is currently not working either.

So instead let's create a tgz with all the binaries and deploy them over the top of 1.12.1.

This will take a while so install screen with apt-get. That way, if you get disconnected screen -r will get you back into the terminal.

You will find the .tgz in bundles/latest - unzip it directly over the top of 1.12.1 and then restart the service:

You will now have the latest Docker version.

What about Swarm Mode?

I've only got two ARMv8 boards but was able to provision 5x 96-core hosts on Packet.net which use the Cavium ThunderX chipset. It's no surprise but this incredible machine build the Docker binaries way quicker than my Pine64!

After upgrading to the latest Docker version Swarm Mode worked well for scheduling tasks including inter-service communication between the Node.js and Redis app above. If you're familiar with Swarm Mode, here's my test script:

Please bare in mind that ARMv8 images will need to be rebuilt from scratch just like any armhf or Raspberry Pi images. I have a series you can follow and adapt for ARMv8, just check out the links below.

Keep an eye on the issues over on the Docker repo. Much of the work-arounds here will not be needed after the Docker team resolve the issues with the curl | sh.

Here are some follow-up links for Docker on ARM.

Boost your site's performance and save money with NGinx

NGinx is an extensible open-source HTTP server which is best known for its strong performance serving static content, acting…

Learn everything you wanted to know about installing and running Docker on the Raspberry Pi culminating in a mini-project:…