If you (like me) have heard of the HEALTHCHECK CMD but haven't had time to try it out yet, then here's your chance.

This is not a tutorial which only explains the syntax of the CLI or what a happy path looks like - you can get that from the docs. Let's get hands-on for the next 10 minutes and as we bake a healthcheck into a microservice then inject failure and watch what happens. 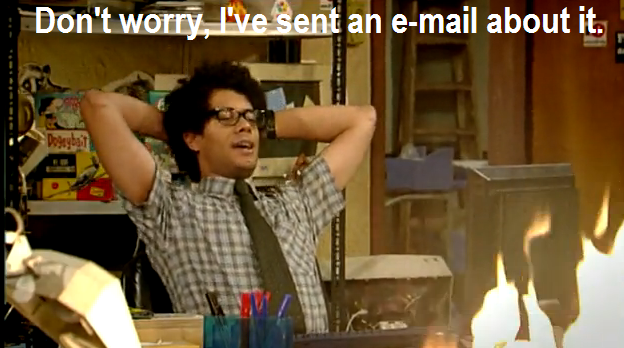 First, let's see what the docs have to say:

The HEALTHCHECK instruction tells Docker how to test a container to check that it is still working. This can detect cases such as a web server that is stuck in an infinite loop and unable to handle new connections, even though the server process is still running.

Turns out I already wrote a microservice written in Node.js that can generate UUIDs for a Swarm Mode tutorial. We'll start with that and add the back-door, curl and HEALTHCHECK CMD

We'll start with the following project mkguid and when we're done we'll end up with mkguid_tester.

Clone the repo and start editing the Dockerfile, add curl as an additional layer. We need this inside the container so that the container can check itself for a 200 response at runtime.

The health check entry lives in the Dockerfile and will execute a command checking for the exit code.

The exit code has to be binary, which means 0 or 1 - any other value is not supported. The code || exit 1 makes sure we only get a binary exit code and nothing more exotic.

You're now good to go, so let's build the image and then run it up.

Are we healthy then?

So now the container is up and running and it feels exactly like normal. How do we check if we're healthy?

One way is to use docker inspect:

Bake in the back-door

It will keep some global state to check whether our failing state is activated.

So how do you inject this failure? Well as far as curl is concerned, just return a HTTP 500 error code - or nothing at all and let the client's request timeout.

Let's activate that back door:

Now watch the output of our docker inspect command, before long you will see the FailingStreak increase from 0 to 1 and so on.

The JSON output from this command could be prettified with a tool like jq or even piped into a separate application.

The next step is for you to find the best way to health-check your containers. The documentation for HEALTHCHECK CMD has more detail if you want to dig deeper:

In a follow-up post we'll look at how self-healing works in a swarm where containers have a healthcheck command.

So I unleashed a picture on the Internet several weeks ago which combined Docker, the Pi Zero and OTG…

Contain Yourself! in London

I've just come back from my first Container.Camp and I loved it. I got to speak, listen, learn…