Falco is an open source tool that peeks into the internals of your system to detect and report on syscall and network activity. It was originally built at Sysdig and later donated to the CNCF where it's doing well as an Incubator project with an active community.

My understanding of Falco from Sysdig's CTO is that it's designed to be the last-line of defence in systems where the focus is usually put on preventative measures. Falco stands in to report on anomalies and unexpected behaviour.

When running k3s at an edge location, it may be difficult to gain physical access to servers, and there may be partial connectivity available. 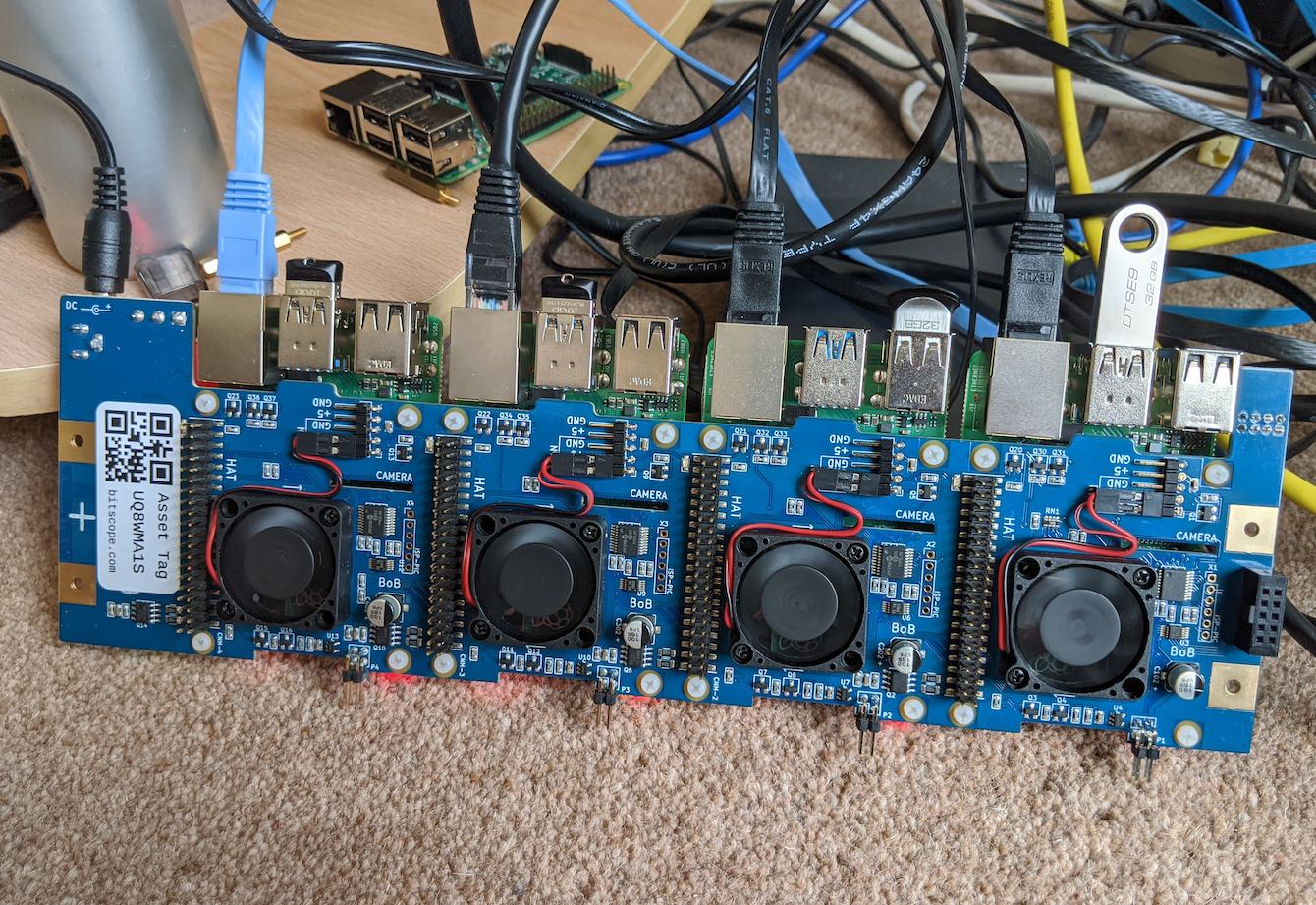 By default there are three possible event sources for Falco:

These events can be sent to a webhook such as an OpenFaaS function for remediation at the edge, or alerting and decision-making in a centralised action-centre in the cloud. As a generic event-sink, data can be ingested directly from the Kubernetes API, but a smart device such as a door-lock could also send data such as the current temperature, or unexpected motion picked up from an accelerometer.

Conceptual architecture: event detection from the Kernel, eBPF, the k3s API with alerting and remediation via OpenFaaS.

In this guide I'll show you how to configure Falco to run at the edge with k3s on an ARM64 host such as the Ampere eMAG® provided by Equinix Metal (Equinix provide credits for open source projects hosted by the CNCF), an AWS Graviton instance, or a Raspberry Pi 4.

We'll start off by flashing Ubuntu Linux to the SD card, then adding k3s, finally we'll install Falco and configure k3s to send it events.

You will need a Raspbery Pi 4. I am using a device with 4GB of RAM, but 2GB will also work.

You can get the image here: https://ubuntu.com/download/raspberry-pi

Now use Etcher.io or dd to write the server OS image to your Raspberry Pi's SD card.

Note: Unlike with RaspiOS, SSH is enabled by default.

Boot up the machine and find it on your network using nmap:

Next, copy over your SSH key:

Edit /firmware/boot/cmdline.txt and add to the first line, don't add any line-breaks:

This enables cgroups which are required to set limits for containers. The step is taken from my tutorial for Raspbian: Will it cluster? k3s on your Raspberry Pi

Use my k3sup tool to your workstation to install k3s over SSH. Do not run this on the RPi itself.

Install Falco and its dependencies

A fork of the upstream project is required to run on 64-bit ARM at present, but I expect these changes to be merged back in soon. A maintainer has provided a .deb file:

DKMS is required to build a Kernel module. This is one of the ways that Falco can instrument your system.

You can also build from source using the build/aarch64 branch.

Install Falco's binary and let it build its kernel module:

Silence some errors in the falco config file.

Edit /etc/falco/falco.yaml and replace the following:

This turns off some noise that I was seeing from the ARM-64 version.

Enable it upon boot-up:

Before configuring Kubernetes to send events to Falco, we can send a sample event that will trigger one of the built-in alerts.

Trigger an event from k3s

An additional source we can add is the events from the Kubernetes audit log. This feature has to be turned on via the k3s systemd definition.

Create a folder for audit events:

Edit /etc/systemd/system/k3s.service and add these lines to the end:

My favourite use-case from the docs was detecting AWS secret keys stored in ConfigMaps. Of course, we all know confidential data belongs inside Vault or Kubernetes Secrets which can be encrypted at rest.

Let's try it out?

Run this from your laptop:

Now check the logs from Falco:

You can find this example under "Kubernetes Audit Rules" in the Falco docs.

You can add additional nodes into the k3s cluster by installing Ubuntu as we did for the first node, then running the k3sup join command.

k3s also supports High-Availability and fail-over of the master nodes using a SQL backend or an embedded version of etcd.

Full disclosure: Sysdig is a client of OpenFaaS Ltd

We now have Ubuntu 20.04.01, Kubernetes with k3s and Falco all built for 64-bit ARM running on our Raspberry Pi.

It's now over to you to explore Falco more, and to fine-tune your Kubernetes rules.

I also want to give a shout out to my friend fntlnz who is the Falco maintainer that helped me get a working build of Falco on 64-bit ARM. It took us several days to get here.

It took me quite a while to figure out how to get this to work, but it was nice when everything clicked into place. So be warned, the Falco documentation still refers to "Dynamic Auditing" which was removed and deprecated in Kubernetes and the upstream instructions don't cover k3s yet, or any release newer than 1.13.

I hope to see the team at Sysdig spend some time updating the documentation and examples for newer Kubernetes releases and for an official 64-bit ARM binary to be made available soon.

The easier way to get security and other insights, just like the open source Falco project is to use Sysdig's paid product. You can find a step-by-step tutorial by Dan here: K3s + Sysdig: Deploying and securing your cluster… in less than 8 minutes!

You may also like my walk-through video: Installing Ubuntu and k3s to my Raspberry Pi 4

Find out more about the tools:

One last trip down memory lane with the Raspberry Pi Zero

inlets PRO is a secure, commercial TCP tunnel, built for connecting services. Learn what it can do for you, and how it was built from OSS roots.…