I've just returned home to the UK after having spent a week in Seattle, WA for the Dockercon 2016 event. I wore several hats as a tourist, as a Docker Captain, a speaker and a conference attendee. While staying in Seattle I had some free time to explore the Pike Street Market, the original Starbucks and to figure out the grid street system.

This post is about my main talk - Protecting the Datacenter with Docker and IoT where I show a fully working solution for environmental monitoring. I'll also go on to talk about several other activities taking place over the event. 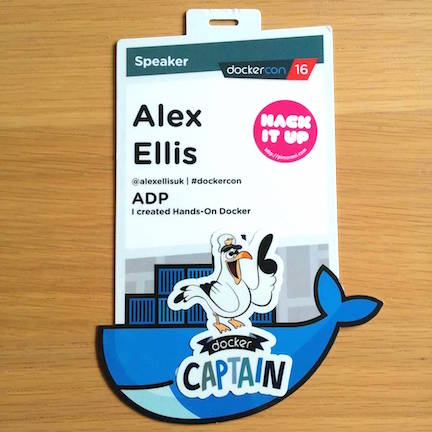 On the morning of my talk Keith Fulton from ADP gave a very timely keynote on how the enterprise is breaking down legacy applications into tiny, secured microservices. His analogy was taking scoops of ice-cream out of a large container. I had a different dessert to discuss - the Raspberry Pi.

Looking for the demo code? Head over to alexellis/datacenter-sensor

Keith and his team arrived early and sat in the front row, followed by Docker Captains, the community manager Adam Herzog and developer relations Jenny Burcio.

Here is an export of my slides to SlideShare:

I arrived an hour early and set up the demo - this drew people in and within the first five minutes of talking the whole expo area was overflowing.

The talk was not taped but prior to the event I recorded a short demo and there were a number of photos uploaded to Twitter, too.

I found this book really useful in planning and designing my talk & demo:

How to Deliver a Great TED Talk

A number of the 60+/- Captains were presented with Captain SWAG - stickers, a personalised jacket with our name embroidered on the arm and a t-shirt. We had a supplementary schedule of inside talks and Q&A sessions with Docker employees and experts.

Most of the captains had opportunities to speak on a topic arranged several weeks in advance of the event. The first talk I was involved in was a panel talk lead by Adam Herzog the community manager. Three captains spoke about our journeys and experiences working in the community and with the wider Docker team.

I then spoke on IoT in the Datacenter in the expo area in the community theatre - a Docker hack with real hardware sensing the state of server racks.

On the first evening of Dockercon all attendees were invited to a huge party under the Space Needle and at the EMP museum. This was a great chance to unwind and to network.

Another good opportunity for networking was in the expo area where you could talk to Docker partners and sponsors who were promoting various Docker-based solutions. Major Linux vendors/devops teams such as IBM, SuSe, Chef and Puppet were also present. I can't count how many free t-shirts I was offered there. 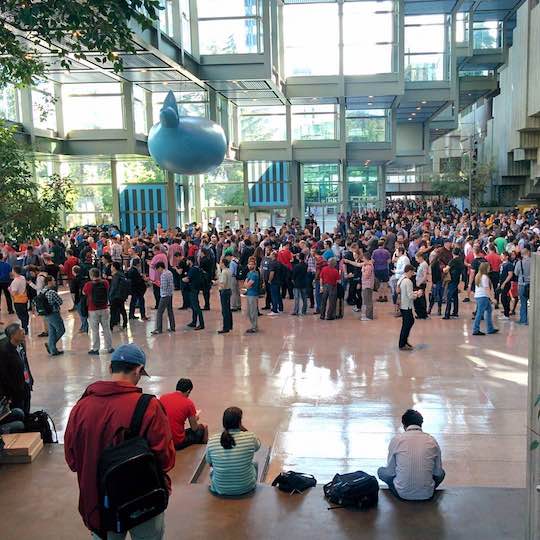 One of the highlights was seeing Microsoft's booth. They were demoing SQL Server 2016 for Linux connected to an ASPNET core application and also giving out howling monkeys instead of t-shirts!

Despite the inevitable jetlag this was an unforgettable experience. From meeting Solomon, the Docker team and captains IRL, to the energy and enthusiasm of the attendees and vendors to the ridiculous amount of SWAG. Top marks for organisation and execution. I would definitely recommend going to the next event.

No Dockercon post would be complete without a call to action. One of the most exciting announcements focused on the native orchestration Docker has built directly into the Engine through the SwarmKit project.

Here are two tutorials I wrote during the event to get you started:

Looking for the demo code? Head over to alexellis/datacenter-sensor

Get Bash completion on Docker Mac

I don't know how I've managed without this for so long. Bash completion is a kind of plug-in for…