How cool would it be to be able to carry around an entire computer the size of half a credit card loaded up with a full Docker Engine?

The Raspberry Pi Zero is that computer and with USB networking you can plug it straight into your laptop. 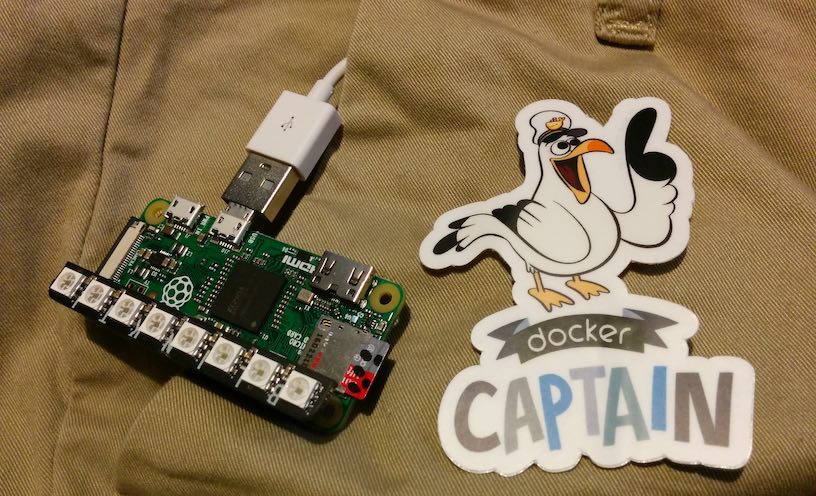 Featured above with the awesome Pimoroni Blinkt

Here's what we're about to do:

This guide should take less than 15-20 minutes from start to finish.

Use dd or a similar tool like Etcher to write the image to the SD card. If you're on a Mac or Windows, plug in the SD card and wait for a Boot volume to appear.

Edit config.txt and add this on two separate lines at the bottom of the file:

Edit cmdline.txt (make sure you don't add any line-breaks) and append this after rootwait:

Now to enable SSH create a file named ssh with no extension. If you're on a Mac you can probably do this: touch /Volumes/boot/ssh.

Eject (diskutil eject /Volumes/boot) or unmount the SD card and insert it into your Pi Zero. Plug the Pi Zero into the computer via a USB port and a good quality USB cable.

Now wait 1-2 minutes while it boots up.

I use this script to wait until the Pi is reachable:

You can find the Pi via mDNS or the avahi-daemon on Windows or a Mac. This may not be enabled on your Linux machine, so install the package if you can't find the Pi.

So connect to your device with a Terminal, or Putty/Git Bash if you're on Windows.

You will now need to set up Internet connection sharing on your Mac or Windows machine.

On Linux you'll need to set up IPv4 forwarding (grab the instructions for your distribution from Google).

This is the Preferences app: 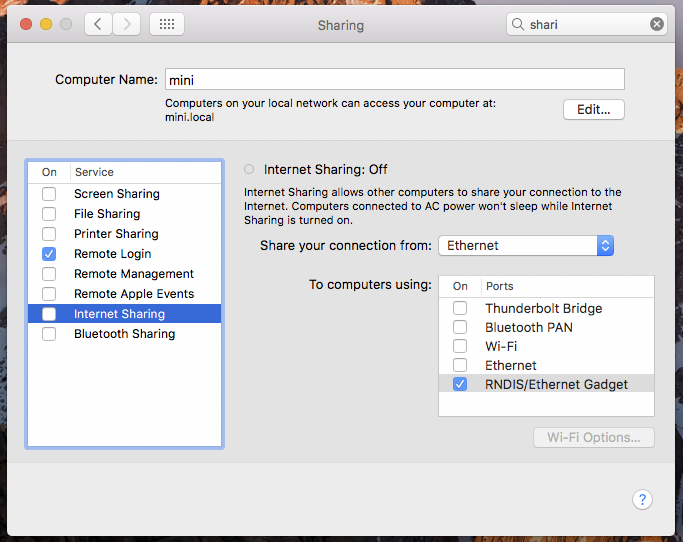 Make sure you share from either Wi-Fi or Ethernet to your RNDIS/Ethernet Gadget. Then click the checkbox by Internet Sharing.

After a few minutes or a reboot your Pi Zero will obtain an IP address like 192.168.2.2 and you can test connectivity like this: 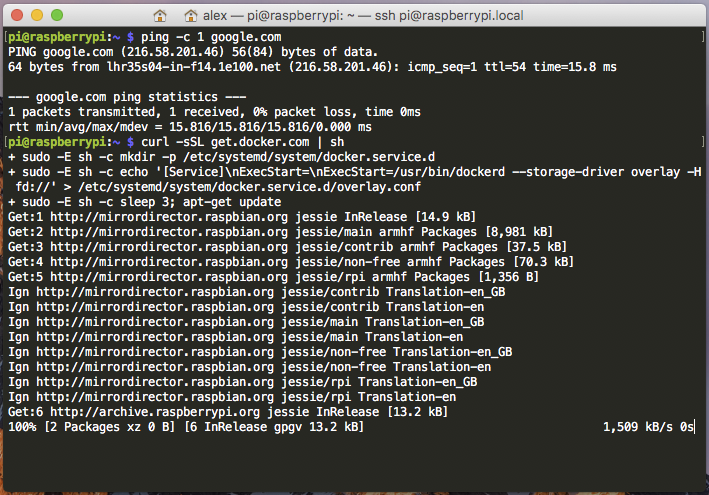 To install the Docker Engine go ahead and type in:

And there you have it. A fully working Docker Engine in your pocket. Whenever you need it, plug it into your PC or laptop via USB and build, ship, run!

Note: If you cannot figure how to setup Internet Connection Sharing on your Linux distro, you can install a HTTP proxy server and configure Docker to use that instead.

For that first container let's use a Node.js web server which serves up over 400 ASCII cows.

This may take a while

You'll also be able to curl the web server from your machine using the IP address of USB0 ifconfig usb0.

You can reach out to me on Twitter @alexellisuk.

Create a Docker Engine that you can carry around in your pocket with the $5 @Raspberry_Pi Zero! https://t.co/dz23CHYEbj pic.twitter.com/eMGtTReVgt

2016 or 12 months of writing, speaking and hacking

Over the past twelve months I've written 1-2 blog posts per week, spoken at events, travelled the world, been…

Take Resin.io for a test-drive

In this post we take Resin.io's platform for a test-drive. Resin provide their own Linux distribution powered by…